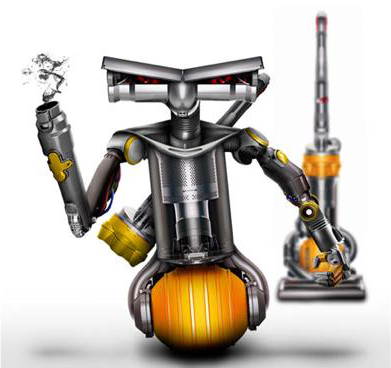 this was the other one that was worth a look, seems to be a slightly more in depth alien swarm type game, 50% off for the next 30 hours...

Not heard of this one but looks promising.

Had a brief go on this and shows promise. It's slower paced than Alien Swarm, but there seems to be a lot more to it - and it's highly tactical. look forward to some co-opage with this one.

Yes i got this whilst on sale

I noticed. I also noticed Greg missed the sale.

Alas I have not got two pennies to rub together until April so had to take one for the team. I will see what you guys think of it and get it when I am a bit more flush.

Myself and the Captain of Gout had a good bash on this game yesterday - shows great potential. It is quite a hard game, but a lot of this is probably because we were learning the ropes and didn't really utilise everything properly. I am sure with all of us on we can master the game and it will be great fun.

You can each command your own squad in the game too, which is quite cool. There are different classes to play - your Medic, Heavy Support, Assault etc, each with their own strengths and weaknesses. The level seems to randomly move objectives every time you play as well, so it helps to keep it fresh. It is great fun and I look forward to some games with all of us on.

Sounds good, I look forward to having a go at this one.

From the brief go we had at this I can see some real potential. I think it requires some research to work out exactly what can be done in the game, how to command the squads correctly and what it is we were actually suppose to be doing.

Indeed. I forgot everything (little) I learned from the game so some research is required. It's known to be quite a tricky game, but I suppose that should also add to the longevity when we get to grips with it. perhaps Friday wasn't the best time to be thrown in at the deep end.

I will try and have a bit of a read up on it over the week, that way it could be on the cards for the weekend.

So far I have found out that turning on power stations is a good thing. it give XP and a 2% boost to armour. there are lots of them on the maps represent by a blue dot.

- This also goes for satellites. They increase the visibility on the map and give an XP boost.

- Concentrate on killing the fast moving stuff i.e. stuff that move faster than you. The slower stuff can be dealt with towards the end (not sure how exactly that is achieved yet)

Some good tips so far.

If I remember correctly, you have a flare gun (on a cooldown). Bound to "F" (I think) by default, to illuminate the nearby area for everyone.

I will try and look into how to position the squad a bit better. When we were doing that last stand the other marines were just sort of randomly standing about.

If we could tell them were to stand and get them to stay, we would have half a chance of repelling some larger attacks. I made that sandbag barricade and they all just ran round it to stand of the other side…..where the enemies were coming from. Twats.

In SP, you can use "Tactical Mode" (space-bar) to move them, although I could not get it to work in multiplayer. Perhaps there is a slightly different technique to doing it - since the SP tactical mode slows down time by 95%. It basically allowed you full control on where to maneuver everyone though, so was a godsend.

EDIT: Ahaa! This is EXACTLY what you need to read Greg. Since it is no doubt blocked, here is a small bit of it (still reccommend checking the actual guide):

Movement order
Using "ALT+q w e" you can give your bots commands (move, follow, stay).
Using "ALT+a s d" you can switch the marine you are playing.
"ALT+ f" jumps back to your default character / marine.

Killing "Autoaim-immune-Enemies"
Some enemies like Achlys (Ape / Boss) or Creeper (Green) are immune to autoaim.
This means Bots won´t attack themon their own
Enter it with Spacebar
Attack press LMB

It was blocked as you rightly thought. But looks like some top info there.

As you said in one of the previous comments, it is a complex old game.