(Games - Knights of the Old Republic)

Back to Games - Knights of the Old Republic 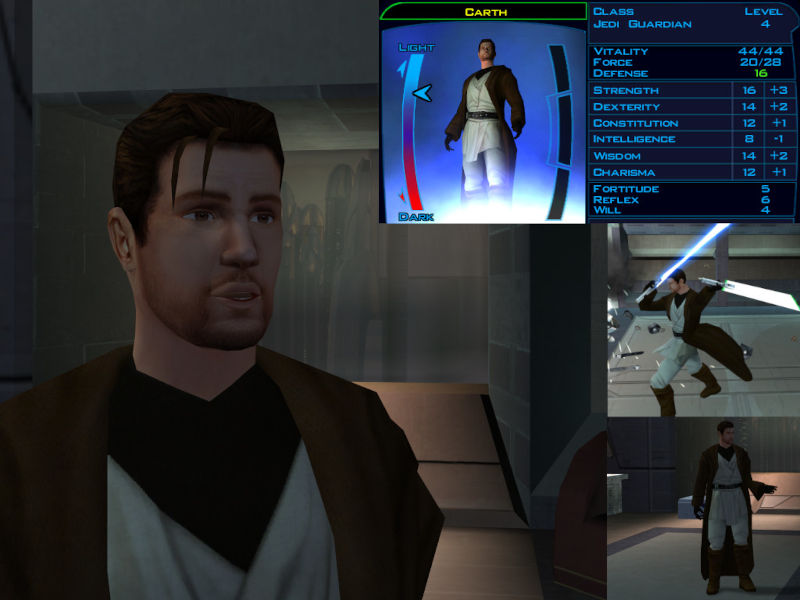 This mod for KOTOR 1 turns Carth Onasi into a Jedi Guardian. He comes equipped with a blue lightsaber and green short lightsaber, along with Jedi Knight robes.

NOTES:
1. Start a new game. This mod will not work if you have already met Carth in your game.
2. All cut-scenes before he becomes part of your party show him in his original attire. When he joins you in the Taris hideout, he will change into his Jedi robes.
3. Screenshots show him wearing robes from the JC's Fashion Line I - Cloaked Jedi Robes for K1 v1.4 mod. You DO NOT require this mod for it to work, it just changes the default Jedi robe appearance. If you wish to install that as well, it can be found here: https://deadlystream.com/files/file/1378-jcs-fashion-line-i-cloaked-jedi-robes-for-k1/

INSTALLATION:
Extract the utc file to your KOTOR override folder and start a new game.